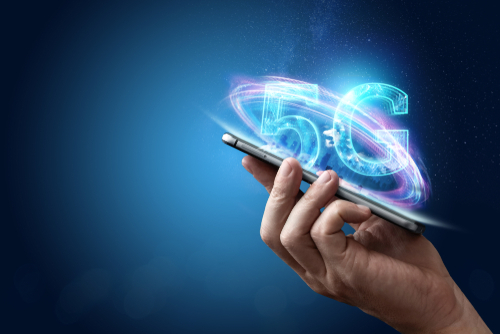 Apple (NASDAQ: AAPL) shares rose by 1.35% on Monday after Wedbush analysts said that the iPhone is positioned to experience larger demand due to 5G devices.

Wedbush analysts raised its price target on the stock to USD 350.00 per share from USD 325.00. Apple shares were trading at USD 283.24 per share on Monday morning, holding a market valuation of USD 1.3 Trillion.

Apple faced numerous challenges at the beginning of 2019, including smartphone competition, diminished demand in China and a lack of 5G innovation, according to MarketWatch.

Wedbush believes that Apple is now in better condition after it settled its lawsuit with Qualcomm and following the launch of its iPhone 11.

"We believe iPhone 11 is just the front end of this current 'supercycle' for Cupertino with a slate of 5G smartphones set to be unveiled in September that will open up the floodgates on iPhone upgrades across the board that the Street continues to underestimate," analysts wrote.

The analysts say five versions of the iPhone will launch in 2020 and “supplier checks indicate a double digit increase for expectations for overall units (10%+ year-over-year).”

Wedbush believes 200 million units will be the “starting point” with 350 million iPhones within range for an update.

Rosenblatt Securities analyst Jun Zhang estimated that Apple’s total sales in China were down 30% in the month of November on a year-over-year basis. Zhang noted that sales tumbled as the cheaper price of the iPhone 11 helped Apple those devices at the expense of pricer models from its iPhone 11 series.

On a sequential basis, Zhang estimates that total production of the iPhone 11, iPhone 11 Pro, and iPhone Pro Max will decline by 60% in March. Zhang projects that total iPhone production could tumble by as much as 40% to 45% in his view.