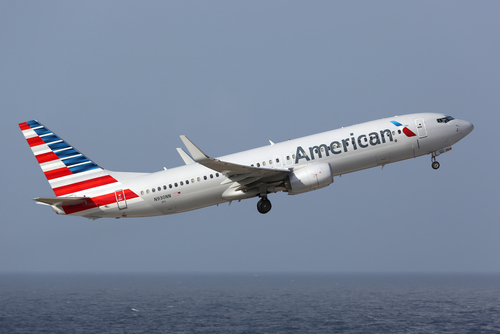 On Thursday, American Airlines Group Inc. (NASDAQ: AAL) announced its financial results for the first quarter of 2018. With earnings beating estimates and revenue missing expectations, shares of the company dropped 5.7% in the afternoon today.

Revenue for the airline increased 5.9% from the same period last year to $10.40 billion for the first quarter. However, the result was slightly below analysts’ estimates of $10.41 billion.

“American's team members continue to deliver solid results, including record first quarter revenue performance. Higher fuel prices led to a decline in year-over-year earnings, but we are excited about the future,” Doug Parker, the Chairman and CEO of the company, said in the statement on Thursday.

“With the youngest fleet in the industry among our large network peer competitors, a significantly improved product, and a team of 130,000 who demonstrate extraordinary care for our customers, we are well positioned for long-term success,” Doug said.

Anthem Teams Up with