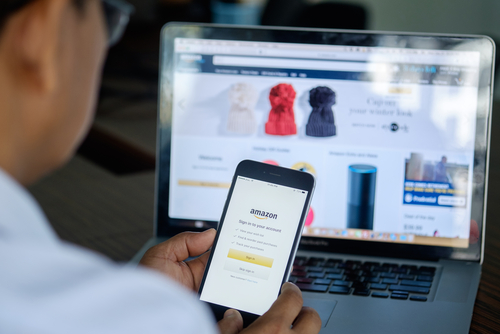 Under the deal, Amazon agreed to pay $42 for per Whole Foods share, representing a 27 percent premium to Whole Foods’ closing price on Thursday. John Mackey will remain CEO of Whole Foods and continue to run the company after the deal closes. The deal is expected to close in the second half of the year.

Whole Foods shares jumped 27 percent to $42 in the early trading. While Amazon also rose as much as 2.7 percent to $990 in New York.

"This partnership presents an opportunity to maximize value for Whole Foods Market's shareholders, while at the same time extending our mission and bringing the highest quality, experience, convenience and innovation to our customers," John Mackey, Whole Foods' CEO, said in a statement.

The organic supermarket chain has been under pressure after activist investor Jana Partners acquired a nearly 9 percent stake in the company and pushed the company to consider for sale earlier this year.

By acquiring Whole Foods, the e-commerce giant shows its ambitions in pushing into the grocery market. Amazon has been rolled out its grocery delivery service through AmazonFresh in many states. It is also testing its cashier-free brick-and-mortar grocery stores Amazon Go this year.