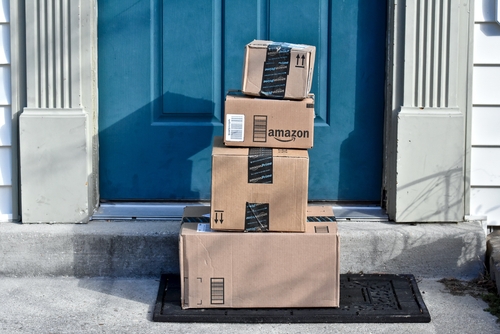 In their IPO Wednesday, the meal-kit delivery services announced that the company will cut their expected $15 to $17 per share to $10 to $11. As a result, the valuation $3.2 billion of Blue Apron Holdings from earlier this year dropped more than a third to $2.08 billion.

Blue Apron Holdings delivers raw ingredients and DIY recipes for consumers to make and Mathew B. Salzberg, Matt Wadiak, and Ilia Papas founded the service in 2012.

Eric Kim, co-founder and managing partner of venture capital firm Goodwater Capital, said "With Amazon as their potential main competitor, this may make that long-term profit target more difficult than before the (Whole Foods) merger."

Amazon, which purchased Whole Foods Market earlier this for $13.7 billion, is not only making waves in the grocery industry as the electronic commerce giant is also expanding to meal deliveries through AmazonFresh. Since the acquisition of Whole Foods Markets includes 200 stores and supermarkets across the United States, the distribution opportunities could annihilate smaller competitors.

Kathleen Smith, a manager of IPO- focused exchange-traded funds from Renaissance Capital LLC, added “Amazon's deal for Whole Foods earlier this month added to concerns, but Blue Apron's high marketing costs were a negative factor. Snap Inc's (SNAP.N) IPO earlier this year has shown investors that growth at all costs is a mistake."

According to Reuter’s Amazon is not Blue Apron Holding’s only obstacle. Although the company doubled its revenue last year alone to $759.4 million, the meal delivery service posted a new loss $54.9 million. This can be mostly attributed to high marketing costs since 18% of revenue in 2016 was used for advertising and publicity campaigns.

Although Amazon has not completely entered the meal-kit delivery market, it has already partnered up with Martha Stewart and Marley Spoon to deliver meals in New York, Dallas, Philadelphia, and San Francisco.

Shares of Blue Apron Holdings are expected to begin trading on the NYSE as early as Thursday.