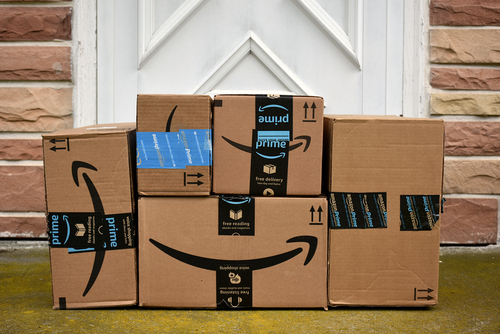 Amazon (NASDAQ: AMZN) has once again bypassed every large shopping day in its history with this week’s latest Prime Day(s).

The Company quotes that the consumer spending on the 15th and 16th of July surpassed those of Cyber Monday and Black Friday--combined. Although Amazon did not make it clear how much the company exactly sold during the period, we do know that the web busting deals had customers pulling the trigger on temptatious buys.

Shoppers simply could not resist markdowns on the latest gadgets that they would otherwise not be able to find at the same price anywhere else. For instance, a pair of Dr. Dre Beats headphones that have over 4000 positive ratings went for less than 50% of the retail price. Instant Pots and DNA kits were the top-selling items in the United States. In addition, Prime members in the United States bought more than 100,000 laptops, 200,000 TVs and more than 1 million toys.

"Members purchased millions of Alexa-enabled devices, received tens of millions of dollars in savings by shopping from Whole Foods Market and bought more than $2 billion of products from independent small and medium-sized businesses," CEO Jeff Bezos said in a release. "Huge thank you to Amazonians everywhere who made this day possible for customers."

Prime members in the United States were not the only ones who indulged in the shopping spree. In total, Prime members globally bought more than 175 million items. According to Amazon, that number is record-breaking.