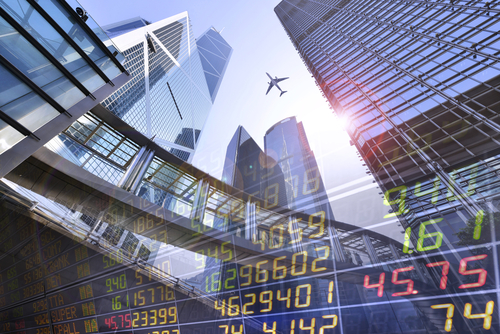 Alibaba (-0.052%)  is reportedly considering a second public offering, this time on the Hong Kong Stock Exchange (SEHK). This comes almost five years after Alibaba first went public, listing on the New York Stock Exchange and raising a record-shattering USD 25 Billion. In this upcoming listing, Alibaba is reportedly hoping to raise another USD 20 Billion.

Alibaba is China’s, if not the world’s, largest online retailer. Its three main sites- Taobao, Tmall and Alibaba- handle more business than any other e-commerce company, with transactions totaling more than those from Amazon.com and eBay combined. Additionally, it has developed cloud computing units to sell to other companies and invests heavily into other businesses, particularly those in South-East Asia. However, recently slowing growth in China and the China- America trade war have raised concern in investors.

Mounting concerns over the China-America trade war may also have had to do with Alibaba’s decision to add a Hong Kong listing. With America’s increasingly hostile approach to Chinese technology companies, Alibaba may have anticipate increased American regulations. Listing in China would diversify Alibaba’s streams of funding and therefore minimize the risk Alibaba faces from American regulations. Besides, a Hong Kong listing would bring Alibaba closer to China, “further strengthening ties between Alibaba and Beijing” per Bloomberg.

A person familiar with the matter has added that due to Hong Kong’s location, the listing would bring in investors who are better acquainted with the company and know the company’s ins and outs.

Charles Li, Chief Executive Officer of Hong Kong Exchanges and Clearing LTD., has expressed several times in the past that he wanted Alibaba to list in Hong Kong. In 2014 when Alibaba first went public, it chose to list in the NYSE at least in part due to the NYSE’s allowance for “dual share class” stocks, which allow companies to sell shares to the public with lower voting power and retain shares with higher voting power for those in prominent roles within the company. At the time, the SEHK stood to its “One Share One Vote” policy, only allowing one class of stock. However, perhaps in response to losing the initial US 25 Billion Alibaba listing, the SEHK has recently changed its policy to allow dual share class stocks. Alibaba seems to be keen on the idea of raising more capital yet keeping control of the company in the hands of Jack Ma and other senior officials within the company.

According to Bloomberg, Alibaba could file for a listing in the SEHK as early as the second half of this year.