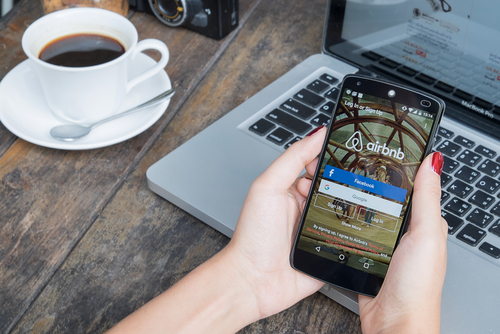 Airbnb Inc. announced on Monday it has hired another Amazon executive, naming Dave Stephenson as Chief Financial Officer of the vacation-rental portal ahead of a potential initial public offering.

Stephenson will join the San Francisco-based Company in early January, according to a Company press release, and will report to Chief Executive Officer Brian Chesky. He joins Airbnb after 17 years at Amazon where he was most recently Vice President and Chief Financial Officer of the Company’s worldwide consumer organization and responsible for Amazon’s global web sales.

Before that, Stephenson served as Vice President for Amazon’s international consumer business and oversaw the finances of various business units including the North American retail operation, merchant services and Amazon Web Services. His time at Amazon was interrupted by a two-year stint at Big Fish Games from 2011 to 2013, where he held a number of titles, including President and Chief Financial Officer.

“Dave is one of the best financial operators in the world and there’s no one better prepared to serve as our CFO,” Chesky said in the blog post. “In the years ahead, Dave will be Airbnb’s quarterback for long-term growth, driving us to be even more efficient and leverage what makes Airbnb unique to create new businesses and continue to expand.”

The hire brings Airbnb another step closer to a potential IPO in 2019, filling a position that has been vacant since February, when Laurence Tsoi left the Company amid rumors of tensions with Chesky.

Airbnb is one of the big anticipated IPOs of next year. Stephenson brings public company experience to the start-up and played a role in the integration of Amazon's biggest acquisitions, Whole Foods and Zappos.

“I am thrilled to be joining and bringing my experience leading fast-growing businesses at scale to help Airbnb accelerate its already incredible growth,” Stephenson said in the blog post.

Earlier this month, Airbnb shared a quarterly revenue figure with the public for the first time in its decade-long history. It came less than a week after a Morgan Stanley report suggested that Airbnb's growth in the U.S. and some regions in Europe, its most mature markets, was slowing.

Stephenson isn't the first Amazon executive that Airbnb has poached this year. In March, the start-up hired Greg Greeley, former VP of Amazon Prime and delivery experience, as its President of Homes. Greeley was with Amazon for 18 years.