After Stocks, It's Now Bonds That China Will Push For Global Approval 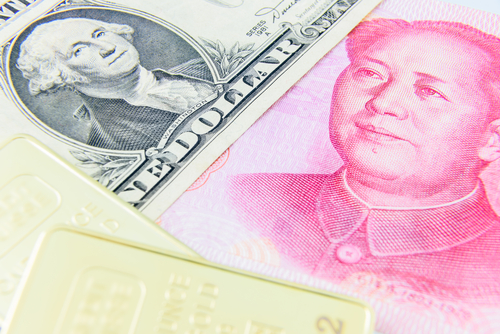 China has been working hard to open its markets to the global investors and the Asian economy has been making big strides in this direction already. The move to get its stocks to feature in the key market benchmarks has already been a resounding success and China has managed to gain a foothold in the international investment scenario with this step in the right direction. However, this Asian economy is not resting on its laurels. The next step in China's agenda is to bring its bonds to the global platform too where investors from anywhere will be able to invest in them. This will give Chinese bonds international credibility, which will prove to be very valuable indeed.

Early this week, China will launch what it is terming Bond Connect. This is a program that will enable global investors to gain access to the country's debt markets. The investors can access the huge market here via Hong Kong. For global investors, this presents an incredible opportunity to buy into China's massive debt market which totals over $9 trillion.

Once this happens, China will enjoy the inflow of funds in billions into its markets. Simultaneously, it will also gain a foothold in the fixed income indices across the globe. This is likely to happen soon mainly because one of the challenges for global indices in adding Chinese bonds markets is that access was difficult until now With this obstacle eliminated, there will be nothing stopping China's debt market's inclusion in the global arena.

With Shanghai, a Bond Connect program was announced way back in 2014 and this was followed by a similar program in 2016 announced with Shenzhen. The current one was announced in May and it is expected that just like the previous ones, this too will bring in some key changes for China. In particular, it was hoped that MSCI will add mainland China shares to its index and this took place only this year. Over the last three years, MSCI had rejected the shares.

Experts believe that this may not be the first index to include Chinese debt instruments, though. It is seen as more likely that JP Morgan's GBI- EM will be the first one to add the Asian economy's bonds to the index, followed by the Bloomberg- Barclays index and the WGBI in the coming years.