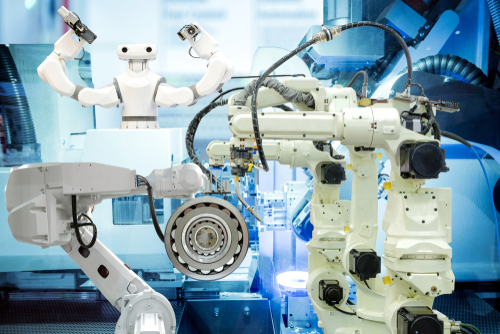 AESA Brown Boveri (NYSE: ABB) announced its investment of USD 150 Million to construct a giant tech hub in Shanghai, China. This will be an attempt to advance the technology status of Shanghai.This project is set to begin as it will aim to use the 75,000 sq.ft. space for a Robotics factory that can advance technology in an environment where people and artificial intelligence can be cohesive.

In a statement by Chief Executive Ulrich Spiesshofer, he said, “Shanghai has become a vital center for advanced technology leadership- for ABB and the world.” The project is located in proximity near China’s robotics campus and by the end of 2020, will be set to produce robots for China and for export as well. The United States and China are ABB’s top markets. With rising trade tensions between China and the United States, the tech Company is banking on Chinese robot sales defying these concerns.

ABB’s goals for the factory includes a site where collaborative robotics, artificial intelligence research, and various digital technology are taking place. The concept is to create a teamwork ideal between people and robotics while making the most of every meter of production. China’s robotics workforce has increased in recent years. ABB said that in 2017, one of every three robots in the world were sold to China. ABB did not provide an employee count, but included that robotics employment would increase. The Company currently has 2,000 automated employees in China.