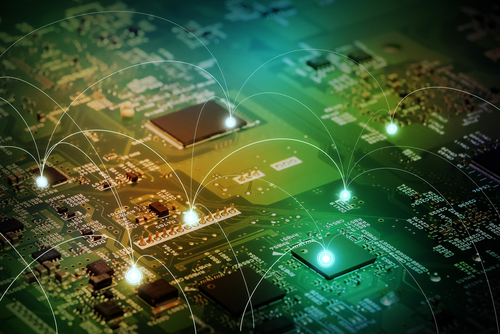 Advanced Micro Devices, Inc. (NASDAQ: AMD) shares continue to rally. The company’s SVP & Chief Technology Officer Mark Papermaster, discussed recent developments in depth at the Bank of America Merrill Lynch Global Technology Conference. Shares of the semiconductor jumped about 6% Wednesday, increasing in value by more then 16% since the begening of the week.

AMD had a long-lasting problem, taking market share away from its competitors, Intel Corporation (NASDAQ: INTC) in particular. The new Ryzen chips finally have potential to challenge Intel’s high-end computing chips. AMD’s new Ryzen chips include several CPUs (and CPU families) of various levels of efficiency. According to PCWorld the chips also introduce a new motherboard platform, and the processors require different memory and coolers than their predecessors.

“from your perspective you think the combination of your architecture plus the foundry resources that you have available, that is enough to compete with the competition?” Vivek Arya asked.

“Yeah, I'll give you an example is that Zen core that we're shipping now, we started shipping Zen and Ryzen in high-performance desktops in March of this year and you now see it rolling across the rest of portfolio. The server version shipping later this month and then mobile end of the year.

That Zen CPU is highly competitive. When you look at its area versus Skylake, it's about 10% smaller, yet you look at its performance and it scales beautifully. It's a multicore, multithreaded processor and we're going toe to toe with Intel across that entire end, the entire scope of the PC space and soon to come in server.” Said Mark Papermaster.

“do you think the ecosystem is ready for AMD's new products or it's going to take more time given how strong the incumbents are right now?” Vivek continued.

“We've been very focused at AMD on the ecosystem. When you look at the Ryzen launch, the benchmarks performed quite well across a broad range of benchmarks including gaming on 4K. We were also competitive on 1080p, but there is areas that we identified that we need tuning.

Not surprising with a brand-new CPUs Zen was designed from scratch as a brand-new high-performance x86 and so what you also saw was the articles that followed about a month later where that training was in fact done and we had extremely competitive performance including 1080p. The Zen core is x86, so it dropped right in that x86 ecosystem and it can run seamlessly at any application for x86.” Mark replied.