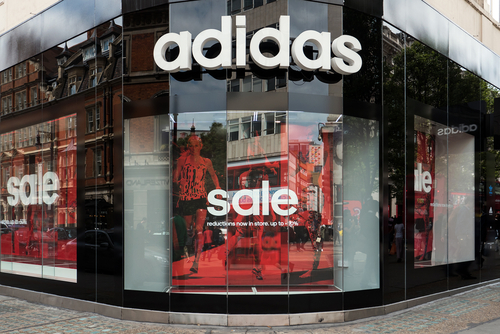 When people think of Adidas in the U.S., sportswear, sneakers, and the infamous trackpants immediately come to mind. The German sportswear maker plans to increase its U.S. market share to around 15-20% in the new year from the approximate 10% that market researchers currently estimate.

In an interview this past Saturday, the Chief Financial Officer (CFO), Harm Ohlmeyer, stated in every market, they share at least 15 to 20% except in the U.S., so the current medium-term goal is to also reach that level in the U.S. Additionally, he claims the U.S. market growth has been too fast for their infrastructure, and that Adidas will build out its logistics capacity in order to clear supply bottlenecks.

The company plans to release new team kits soon before the World Cup begins to increase their sales in Europe, while their market shares in North America and China have rose steadily against their primary competition in Nike Inc (NYSE: NKE).

Ohlmeyer wants to help scale its e-commerce business by opening a new warehouse facility in the German state of Lower Saxony, with online sales rising by approximately half to $1.83 billion U.S in the past year.